So yes, the lack of movement joints can contribute to tile debonding and tenting; particularly if the tile isn't bonded well to its substrate.

Expansion joints are noticeable, and they are not filled with grout as the rest of the floor.  Movement joints are filled with a resilient sealant (caulking) that meets ASTM C920 and installed  over a foam backer rod or bond breaker tape per the sealant manufacturers' directions and per TCNA EJ171 standard.  The resilient joints will mitigate the movement and resultant stress.

Requiring movement joints at the perimeter and transitions of the tile installation and within the filed of tile is not a new requirement.  It has been required for at least over 25 years.

Normally with water loss incidents where the tile is subjected to a flood, the insurance company will pay claims if the tile was damaged as a result of the flood, and not pre-existing damages, regardless of whether or not the tile was installed correctly per industry standards.

2 thoughts on “Does lack of expansion joints cause tiles to debond or tent?” 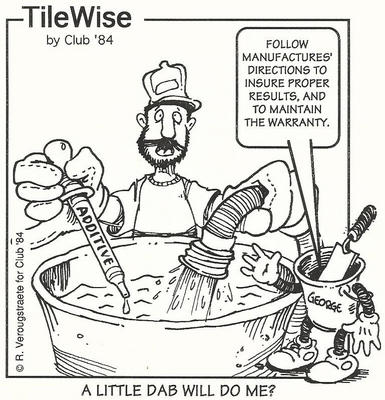