Wednesday, May 25, 2022 from Floor Covering Weekly 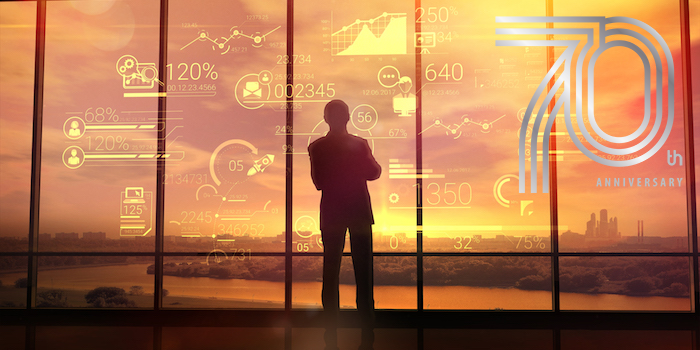 The last five years saw some of the most cataclysmic changes in society and the economy since the Great Recession. And the last two years were even more tumultuous. Between the global pandemic, an ominous war abroad and major swings in consumer mood and sentiment, it’s hard to pick what the most significant event is. Indeed, there’s a meme going around that says, “When they said history repeats itself, I wasn’t expecting all of the 20th Century in the last two years.”

Commented Danushka Nanayakkara-Skillington, assistant vice president of forecasting and analysis for the National Association of Home Builders (NAHB), “We really can’t catch a break. I would love a year where nothing happens.”

Some of the most dramatic shifts in the U.S. economy have taken place in home buying, selling and remodeling. Consumers, home-bound for much of 2020, rushed to buy and renovate homes to accommodate everything from working out to home schooling. The increased demand, coupled with historically low interest rates, created a housing rush not seen in more than a decade. But unlike the housing rush and resulting crash of 2007, this bubble may not pop.

In March 2022, the NAHB reported that new single-family home inventory was up 33 percent over the last year, rising to a 6.3 months’ supply, with 407,000 available for sale. The median sales price rose to $400,600 in February, up 10.6 percent compared to a year ago. This was even while residential construction material costs were up 20 percent over the same period.

In addition, the multi-family sector is also booming. “It’s definitely rebounded,” Nanayakkara-Skillington said, pointing to a 21 percent gain in 2021 and a 12 percent expected gain this year.

There may be brakes on the economy but that is following meteoric growth. “The economy is slowing down its rate of rise, but we do not see a recession,” said Alan Beaulieu, president of ITR Economics. “There are a number of voices saying the U.S. will slip into a recession, but we look at the consumer and we don’t see it.” He said consumers are handling their debt, interest rates are still low — particularly from a historical perspective — and gas has leveled off and isn’t rising too high.

He pointed to the expectation that the economy would collapse when COVID-19 arrived and was at its worst. “When COVID first hit, people thought there would be a recession and it would take years and years to come back. But [the economy] popped right back.”

Unlike the housing bubble in the 2000s, the recent housing boom was based solely on the basic economic principle of supply and demand and that is not waning, even as housing affordability becomes more of an issue. “Housing was the chief culprit of the economic downturn [in 2007],” said Kermit Baker, chief economist for the American Institute of Architects (AIA) and FCW contributor. “Fast forward to the pandemic and there was a notion that it would kill the housing market. It did just the opposite; 2021 was the best year for housing since before the Great Recession.”

He added while normally surging home prices would indicate a looming crash, the market should hold up. “House price increases are approaching 20 percent and that normally would indicate a bubble. But a bubble implies something will pop and we’ll see a sharp decline. There is no question house prices are over-inflated, but the market is very different,” now versus the pre-recession environment of the 2000s. People have more equity in their homes and mortgage underwriting is more stringent, he explained.

Regardless of the strong demand for housing and remodeling, rising inflation, a continued shortage of materials and ongoing snarls in the supply chain are having an impact on the market.

“Going forward, single-family homebuilding and remodeling face three challenges: fast-rising interest costs for mortgages and home-improvement loans, extreme increases in materials costs and delivery times, and shortages of construction workers,” said Ken Simonson, chief economist for Associated General Contractors of America (AGC). “These factors are likely to cause a slowdown in residential construction over the next year, and perhaps a modest decline compared to 2021 levels.”

He added that a slowdown in building of single-family homes will boost multi-family building but cautioned that that market could suffer if unemployment spikes or inflation causes goods and services to outpace wage gains.

ITR’s Beaulieu said much of the handwringing over inflation and supply chain issues is unwarranted. “The inflation we are in is going to be easing,” he predicted, adding that “the supply chain kerfuffle is going to ease. So, it’s going to get better month by month.”

In addition, even rising interest rates aren’t worrying him. “Our ability to service debt is healthy. Our wages are going up. It could lead to problems down the road, but for the next couple of years, there’s not a huge impact other than slowing the growth rate.”

All the macro-economic trends have an impact on the flooring industry — and right now it’s all positive.

Beaulieu said the prospects for the industry look bright, too. He noted that the Millennials and Gen Z populations are buying their first homes and trading up. The key will be knowing how to target these consumers. “That’s where the market is. Flooring folks need to know how to sell to them. Whoever is leading the companies have to be willing to change with the times.”

He added that even the uncertainty created by the war in the Ukraine is unlikely to dampen demand for flooring. “The flooring industry is not going to be held hostage to anything coming out of Russia. For the building and flooring industry, just give them time to get through,” the ups and downs of the situation.