From the uncertainties surrounding gas availability and prices to the race to replace Ukrainian raw materials. The Italian ceramic tile industry is facing the challenge of rising costs against the backdrop of a very buoyant market.

The West’s embargo on Russia is severely disrupting the flows of cheap gas needed to keep kilns running, while the destruction of all business activities and logistics flows in the Ukrainian region of Donbass has brought the best supplies of high-quality clays for Italian tile production literally to a standstill. Two million tonnes of raw materials a year were previously shipped from Mariupol to the port of Ravenna, meeting about a quarter of the Sassuolo district’s clay and kaolin needs. For the Italian ceramic industry, the outbreak of the conflict in Ukraine has proved to be the “perfect storm” in a situation that has been deteriorating since mid-2021 amid soaring energy costs (up fivefold in the space of a year) and ETS quotas (European CO2 emission certificates) which have now reached €100.

And yet the fears of a full-blown catastrophe that would force the industry to entirely halt production have proved unfounded. In March, 30 Italian ceramic companies had applied for redundancy funding for a total of 4,000 workers, but only a small portion of these were actually used because surging demand for Italian tiles prompted manufacturers to quickly restart their kilns to avoid losing market share, despite this placing a huge burden on their balance sheets and forcing them to postpone their margin analyses until next year.

“Not only are we all currently operating at full capacity, but we are also astonished at the response we have received from our customers. We haven’t lost a single order despite the 10-20% price increase we have had to apply in order to at least partly offset our higher costs,” says Confindustria Ceramica chairman Giovanni Savorani.

The Italian producers are even regaining competitiveness against their Spanish counterparts, who are now facing the same problems of skyrocketing bills and rationed clays but with average tile prices that are half those of the Italian producers (€7/sqm against €14/sqm), making it much more difficult for them to pass on the proportionately higher production costs downstream.

Confirmation that the market is performing far better than expected came at Coverings in Las Vegas in April, where the 100 Italian brands taking part in the show came home fully booked with orders.

Following a frantic race against time, the tile producers managed to stave off the risk of raw material stocks running out. 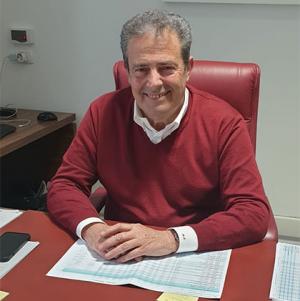 “The first Turkish ship loaded with clays, kaolins and feldspars to replace Ukrainian raw materials for mid-range production docked at the port of Ravenna in April, and four more are due to arrive by September. As for high-quality materials required for premium products such as porcelain slabs, the first shipload of raw materials has just left India and a second is already scheduled”,

says Villiam Tioli, Chairman of Fiorano Modenese-based company Caolino Panciera, the largest supplier of raw materials to the Sassuolo tile district, as well as owner of the ceramic company Zeus in Slavyansk in the Donbass region, which of course has now shut down.

Regardless of how long the Russia-Ukraine conflict continues, the Donbass blockade will not be resolved for a couple of years and the entire industry has begun the difficult task of diversifying its supply chains.

“Ukrainian clays will no longer be able to arrive because ports, bridges and railways have been destroyed and it will take time to rebuild them and return to normality,” explains Tioli. “In the meantime, the situation is far from simple,” he adds. “This is not just because Indian clays are far more expensive and the euro-dollar exchange rate is further driving up our costs, but also because Turkish producers and the government are beginning to react to the higher demand by imposing new export licences, rationing supplies and increasing prices.”

After reformulating body recipes based on the new raw materials in record time, the confidence felt in the Sassuolo district in recent weeks as a result of the sharp increase in orders is not sufficient to brighten up the long-term outlook. 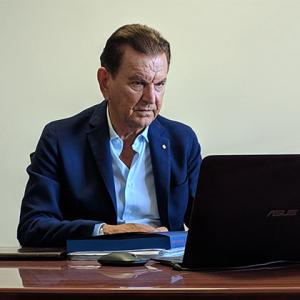 “We have succeeded in finding clay in India with a similar level of quality to that of Ukraine, but it has cost us 40% more,” says Roberto Fabbri, chairman of the ABK group. “However, as long as the cost of natural gas remains below €1 per cubic metre, we can keep our margins out of negative territory. Problems would really start in the event of a complete ban on Russian gas imports, as we have calculated that this would result in a cost of €1.5 per cubic metre, an unsustainable level for an energy-intensive industry like ours and one that would have catastrophic consequences for the Sassuolo district. Russian gas will continue to be indispensable for another 6-7 months.”

ABK is working at full capacity despite price increases of 17% since November, partly due to the fact that it operates in the high end of the market and specialises in large slabs.

This is a strange crisis, say the Sassuolo business leaders, because it entails a combination of very high demand and double-digit price increases, which are pushing up revenues while at the same time forcing businesses to operate without a clear view of the future. 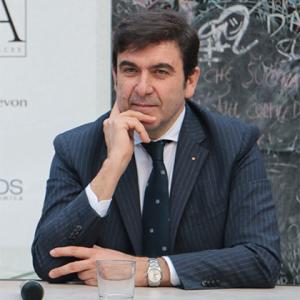 “Last year gas consumption cost us €10 million, whereas this year the figure will reach €50 million. And although our turnover is expected to increase further to more than €300 million, we are looking at an exorbitant impact of gas on our revenues,” comments Graziano Verdi, CEO of Italcer Group, which in April reported a record 70% year-on-year surge in orders due to the higher demand and a 25% increase in prices.

And although a regasification plant will reportedly be built off the coast of Ravenna within a year and gas extraction will resume in the Adriatic, this is simply not enough to reassure producers about the resilience of the sector, which has been in Brussels’ sights for years as an energy-intensive industry and consequently subject to penalising green sustainability measures.

“It is incomprehensible”, says Savorani, “that the very same Europe that last year intensified its environmental measures with the “Fit for 55” climate package, a policy that undermines the Italian industry’s competitiveness by applying CO2 costs that are not imposed on any other country, should now be signing agreements for the supply of US shale gas (obtained from fracking, which is banned in Europe). And all while we have our own extraction technologies and gas reserves literally beneath our feet.”

“We expect the Government to honour its commitment to reserve 30% of the national gas supply for high gas- and energy-consuming companies at market prices. This would require an advance payment of €250 million that would be rapidly recouped because gas extracted in the Adriatic costs 5-6 cents per cubic metre compared to the current market price of €1 (and 25 cents a year ago),” continues Graziano Verdi. “Our group was insured against gas price increases, so we were able to maintain our margins. We are also completing several targeted investments, initially in a co-generator and now in 2 MW of photovoltaic roofs at our Rubiera plant with the aim of becoming entirely self-sufficient in terms of electricity.”