I had my master-bath shower redone about 2.5 years ago. Earlier this year, water from the newly-built shower leaked into the room below. I found a 8” crack in the grout along the edge of the floor inside the shower. I directed a stream of water on the crack and sure enough, water was dripping in the room downstairs in no time. In response, the contractor re-grouted the edge of the shower floor and it fixed the problem. About 2 weeks ago, the shower started leaking again. Last Friday, the tile guy showed up at my house and re-grouted the shower floor using a Mapei product called Kerapoxy. There was no attempt to identify the source of the leak. I called Mapei Technical Support while the floor was being re-grouted and was told Kerapoxy is “not rated as a waterproof product”. In a subsequent email, I was told “While the composition of the Kerapoxy grout itself is waterproof, that does not mean it will waterproof your shower pan. Kerapoxy is not a waterproofing product; therefore there is no guarantee that it will keep water in or out of your installation.” I passed along that information verbally while the shower was being re-grouted and the subsequent emails.

The shower has been used since the Kerapoxy was applied and water is not leaking through to the room below. However, I am concerned that: 1) the shower could still be leaking a small amount of water and 2) Kerapoxy will not provide a long term solution.

I need your assistance in assessing whether the corrective action taken so far by the contractor is appropriate and provides a long term solution.

ANSWER - When there are tile failures generally it is never due to one deficiency, but rather due to multiple compounding deficiencies.

First of all your grout should not crack.  If water that goes into the crack comes out through the ceiling and in the room below then that means the shower was not originally waterproofed correctly.  Plus something else was done wrong if the grout cracked.

Patching the grout joints to stop the leak is a band aide approach.  It does not fix the problem, rather it is only fixing the symptom of the problem.

Even though in theory waterproofing the grout joints with an epoxy grout might keep the water from passing through those grout joints, and if the tile itself is impervious and won't allow water to pass through, it may in effect waterproof the shower floor, you still have a defective waterproof assembly.   Maybe this epoxy grout solution might work for awhile, or maybe it won't.  Whatever caused the original grout to crack, could cause the epoxy grout to crack, and then you would have the same problem again.

If water is still seeping out slowing through the shower pan assembly then the ceiling below might be staying damp even if there is no sign of a leak in the room below.   If that is the case then the interior of that ceiling could be subjected to microbial growth (mold) that will continue to grow over time unless the problem itself is fixed.  So I would open up that ceiling beneath the shower and look to see if it is damp or if there is any sign of microbial growth.

There are no guarantee that the fix that was done will last.  You could hire a company like CTaSC to investigate the situation, which would require an intrusive inspection, and to produce a formal report, but it might not be practical to do that for one bathroom in terms of the costs associated with a forensic investigation.

2 thoughts on “Was the Shower Leak Repair done Correctly?” 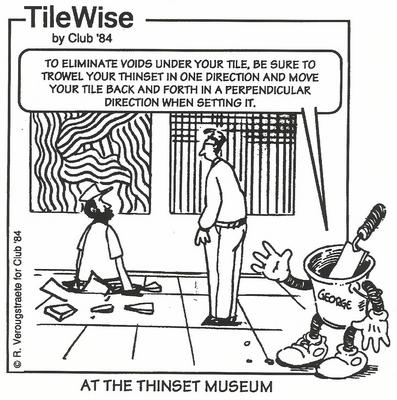