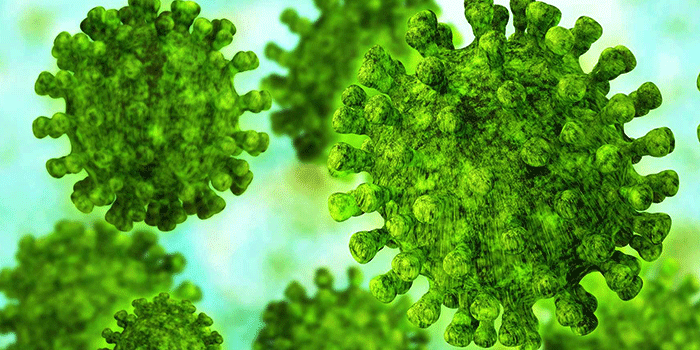 Millions more Americans filed for unemployment benefits last week, as businesses continue to lay off and furlough workers amid the coronavirus outbreak.

A record 6.6 million workers filed for their first week of unemployment benefits in the week ending March 28. Economists polled by Refinitiv had expected 3.5 million claims.

Deaths in U.S. top 5,000
Coronavirus deaths across the U.S. have topped 5,000 and all but 11 states have issued sweeping orders for residents to stay home — affecting nearly 90 percent of the country’s population.

“What are you waiting for? What more evidence do you need? If you think it’s not going to happen to you, there are proof points all over the United States, all over the world,” California Gov. Gavin Newsom said Wednesday.

Newsom was the first governor to issue a statewide stay-at-home order in March after health officials warned social distancing measures would be the most effective in curbing the spread of the virus.

It was these kinds of aggressive measures that helped some areas “flatten their curve,” U.S. Surgeon General Dr. Jerome Adams said.

“The good news is that states like Washington, like California, countries like Italy, when they leaned into aggressive mitigation, they’re being able to flatten their curve,” Adams told NBC.

“The governors get to make the decisions, but we’re going to give them the best possible guidance we can and that’s to stay at home and social distance,” Adams said.

Since Jan. 20, when the first U.S. case was detected, more than 216,450 Americans have been infected and 5,119 have died. At least 928 of those deaths were reported Wednesday — the highest number reported in the country since the beginning of the outbreak.

“I want to encourage my fellow Georgians to hang in there. I know you’re tired of this but we must first overcome the obstacles in our path,” Kemp said, according to CNN affiliate WSB.

President Donald Trump said Wednesday he would not issue a national stay-at-home order because different states have different infection rates.

“You have to look — you have to give a little flexibility. If you have a state in the Midwest, or if Alaska for example doesn’t have a problem, it’s awfully tough to say close it down. We have to have a little bit of flexibility,” he said.

On Wednesday, he cited a model that showed as many as 16,000 New Yorkers could die from the virus.

“If you believe these numbers, 16,000 deaths in New York, that means you’re going to have tens of thousands of deaths outside of New York,” the governor said. “So to the extent people watch their nightly news in Kansas and say, ‘Well this is a New York problem,’ that’s not what these numbers say.”

“It says it’s a New York problem today. Tomorrow it’s a Kansas problem and a Texas problem and a New Mexico problem. That’s why I say to my fellow governors and elected officials across this country, look at us today, see yourself tomorrow,” he said.

Emergency Medical Services (EMS) has received a record number of medical emergencies each day, with a 50% increase over normal daily call volume, the New York City Fire Department said in a news release.

Medical care workers said walking inside the city’s hospitals is like stepping into a war zone.

The mayor has warned that this Sunday will be a crucial day for the city and that demands will continue to rise in the following weeks.

Test that could identify those who had virus may be ready this month
Dr. Birx said Wednesday a coronavirus antibody test could be available “within this month” — which could help medical care workers identify who may have immunity to the virus.

“I’ve really called on every university and every state to develop ELISA’s, you can buy the antigens and the controls online, and really work to test entire health care communities in your state and support them that way.”

The ELISA, or enzyme-linked immunosorbent assay, detects and measures antibodies in blood. If successful, the test could help identify those who have already had the virus, but have since recovered.

Experts have said that if a person has had the virus and developed antibodies, it will most likely mean they have built up immunity and the chances of that person being infected again drops dramatically.

That test could help identify medical workers who may have had the coronavirus and not known it, Birx said.

“I think really being able to tell them, the peace of mind that would come from knowing you already were infected, you have the antibody, you are safe from reinfection. 99.9% of the time, ” she said.

The latest:
–There are more than 216,000 cases in the United States, according to a Johns Hopkins University tally. More than 5,100 people have died nationwide.
–A record 6.6 million Americans filed for unemployment in the week ending March 28.
–Social Security recipients will not have to file a tax return to receive a stimulus check, the Treasury Department announced Wednesday.
–President Donald Trump acknowledged that the federal stockpile of personal protective equipment is nearly depleted.
–The U.S. Centers for Disease Control and Prevention is reconsidering guidance on who should wear face masks from insights about asymptomatic spread of the virus, U.S. Surgeon General Dr. Jerome Adams said Wednesday on ABC’s “Good Morning America.”
–Globally, the number of cases has surpassed 956,000 with more than 48,000 deaths, Hopkins reports.